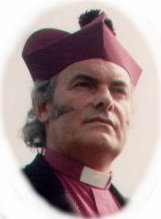 I live on the Dorset coast, England, while also retaining an ecclesial base in Glastonbury.

I do not support any political party, but once stood in May 1982 as an independent candidate in London council elections on a single platform to preserve an eleven acre woodland cemetery under threat from developers. I was supported by Spike Milligan and the Ecology Party. My campaign failed, despite a visit to Downing Street, but my actions led to the development being modified.

Married to a drama and dance graduate who is also an accomplished sculptress, I am a traditional Christian, episcopally consecrated by three Old Catholic Bishops on 4 October 1991.

A published author, photographer, expressionist artist, poet, musician, collector of the curious, and connoisseur of fine things, I have appeared regularly on television and radio in the past, mostly concerning spiritual and supernatural topics, but not always. I have also featured in documentaries for television and filmed dramas for art house cinema.

I view myself as radically old-fashioned and completely out-of-step with the modern world.

On the matter at hand, to paraphrase William Blake, I find it far easier to forgive an enemy than to forgive a friend guilty of betrayal.

David Farrant, someone regarded by many as on the Left-hand Path, and my mortal enemy, died on 8 April 2019. I forgave him instantly for all he had done and tried to do to cause me harm. Moreover, I requested that people pray for his soul. Kevin Chesham sought to aid and abet this man for over a decade. Pictures of my old collection were provided as a "Nazi" smear by Chesham to David Farrant and his friend Redmond McWilliams, both of whom gleefully published the link to Chesham's malicious blog as ammunition to incite hatred against me. Whether I could ever forgive Kevin Chesham for his lies and unfathomable treachery is something I must seriously doubt. Though he chose to enlist people on the dark side of the occult, I do not believe his actions have been driven by any external supernatural evil. He is driven by a tormented inner envy and resentment which has made him highly toxic. He desperately craved his fifteen minutes of fame, which is partly why he latched onto Farrant, but his infamy is spurned solely from being yet another Judas Iscariot. 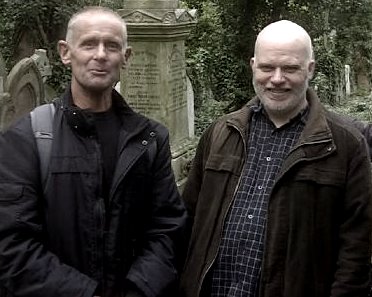 Had it not been for Redmond McWilliams, pictured in Highgate Cemetery with Kevin Chesham in 2013, I would not even know about the "Questions & Answers with Kev -1" which, albeit linking to Chesham's infamous hate blog, is nigh impossible to locate if you don't already have the URL. The date of Chesham's Q & A blog is 20 January 2013. The blogsite itself has only two followers, namely Kevin Chesham and "Ragety Ricketts," the latter being a pseudonym used by Beverley Mason. It is she who proffers questions under the unlikely guise of "Mr X" of Colchester, UK. They always did lack a creative streak, and, true to form, are hopeless with this piece of manufactured nonsense. Chesham answers the manufactured questions as himself. One wonders how anyone can by so stupid because, in doing so, he leaves himself open to a barrage of unsavoury revelations in rebuttal. His problem is that he expects his readers to merely take his word for everything. Most people do not.

The irony of Redmond McWilliams, who inadvertently brought this to my attention by posting it on Facebook, helping to unravel the Machiavellian Chesham, is not lost on me because McWilliams is actively homosexual and a Gay Rights campaigner. Though Chesham in recent years has pretended to support Gay Rights and did acquire several homosexual "friends" when he had a Facebook page, there is nobody I can recollect in my life as being more virulently and violently anti-homosexual than Kevin Chesham. When I first had the misfortune to accidentally and by force of circumstance come into contact with Chesham in the 1970s, I witnessed his behaviour toward an obviously homosexual man by the name of Len Delgaty who held a position of supervision on the local council which employed them both. How it failed to come to blows I still cannot quite grasp, but it very nearly did.

Chesham was fooling around, handstands and walking on his hands etc, on the paving stones close to the edge of an empty swimming pool at the lido where he worked for just one season. Delgaty promptly walked up to him and told him to stop messing about and get on with some work. Instantly, Chesham puffed out his chest and started squaring up to the supervisor who was all of six feet tall, albeit very thin. This was before the season had begun, and a handful of people were doing the preparatory painting and scraping etc. Chesham turned around to his workmates, referring to Delgaty as a "f---ing poof" and "pansy." I suppose it could have been worse if it came to fists. Chesham, to my certain knowledge, has always had an intense dislike, bordering on hatred, of "queers and dykes."

This has been disguised since 2007 as part of an agenda aimed at me which motive to this day I still cannnot comprehend. I was only kind and considerate toward him where others gave him the cold shoulder. I have never had any direct contact with Redmond McWilliams who was easily taken in by Chesham. However, I am a Christian with traditional beliefs, which would not endear me to McWilliams.

On 15 September 2018, I was obliged to issue a cease and desist notice to Redmond McWilliams of Connaught Gardens, Morden, Surrey SM4 6DB due to his persistent stalking/trolling of me and mine. 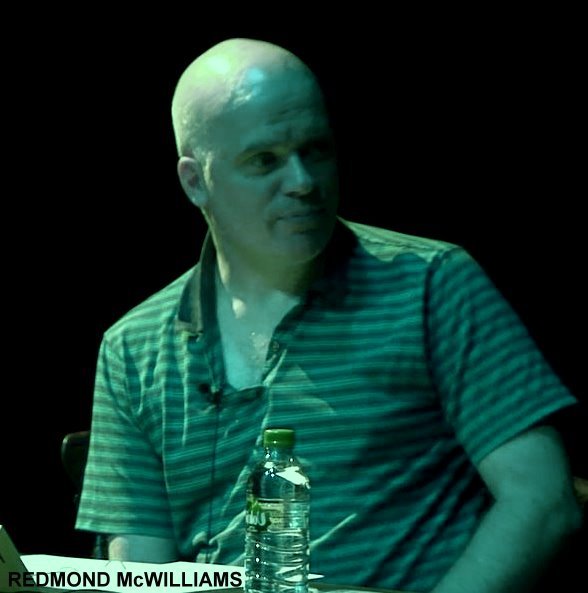 I live on the Dorset coast, England, while also retaining an ecclesial base in Glastonbury. I do not support any political party, ...